It’s been two glorious, stressful, wonderful and tear-inducing months of having little Pete in our lives. I know most new parents wax poetic about how their bundle of joy is just that – joyful. But, to be honest, newborns kinda suck. They cry and sleep and eat and poop and not always in that order. They are erratic and confusing and can’t communicate well since they don’t have a very robust or existant vocabulary. While we love the little guy, Neil and I are both looking forward to when he goes from an inarticulate blob to a more advanced blob. Needless to say, the past eight weeks haven’t been totally awful, it’s been a lot of fun to watch this human we created grow and discover stuff and be like his own person. And we’ve learned a lot about ourselves and babies. Here’s a round-up of what we’ve learned so far about parenthood: 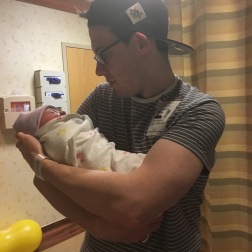 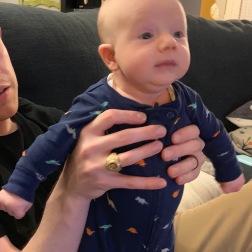 One thought on “2 Months & Counting”