After almost a year of planning, we set off to hike the Inca Trail on September 3, 2016. This would be our first trip to South America and our first time to cross the equator. This would also be our first married trip with the Batirs (comprised of Haley’s twin and brother-in-law). We had prepared for adventure. But little did we know what we’d find.

We arrived on Sunday morning in Cusco ready to start acclimating to the high altitude. We needed at least two days before we would be ready to hike high in the Andes mountains. So we used those days to explore the ancient city that was once the center of the Incan Empire. We drank lots of coca tea and even ate an alpaca burger, which was delicious!

On our second day, we did a day tour and visited the ruins at Ollantaytambo and Pisac. The views were spectacular. The weather was great. And since most of us knew at least a bit of Spanish, getting around wasn’t too troublesome. In those short days, we started to fall in love with the Peruvian culture and rich history. 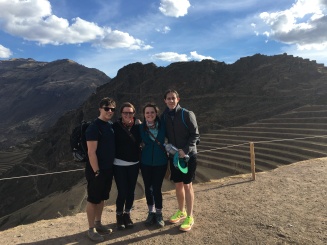 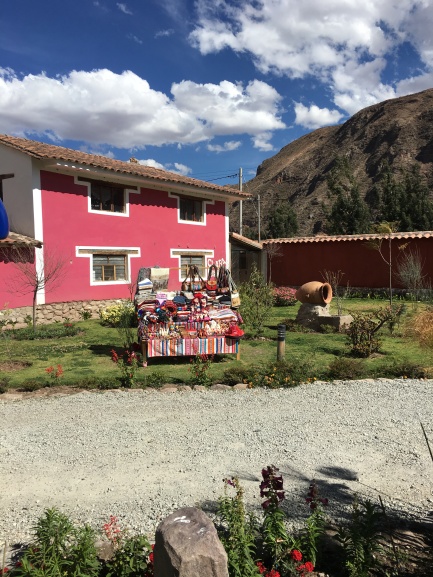 Once our acclimation was complete, we were ready to hike the trail. Only 500 people are allowed on the trail at any given time and you have to go with a guide. Thankfully, our tour company, Valencia Travel, was fabulous. (Seriously. We highly recommend them.) Prepped by a briefing meeting the night before, we woke up at 4am on Tuesday morning ready to hike our butts off. But, man. We were not prepared for what we were about to experience. 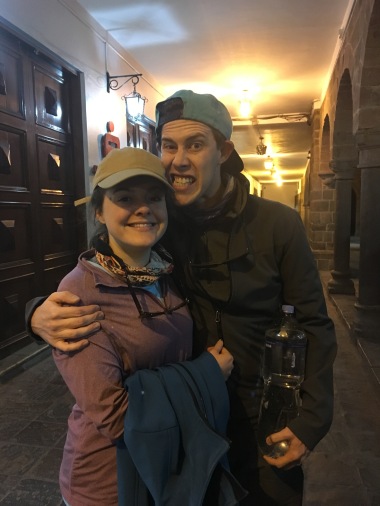 Our trek group consisted of 16 people (half of whom did the same Black Friday deal we did), 3 guides (Claudio, Edy and Javier), 25 porters, 1 chef and his sous chef. All the people were lovely and we had a nice mix of ages, lifestyles, etc. It was a bigger group than we expected, but we enjoyed every minute of our team.

We started the hike at the head of the trail, where we had to have our passports checked (this is serious, y’all). Then we crossed a bridge onto the great Inca Trail!

Day One was pretty chill. So much so that we all felt pretty confident by its end. We hiked up some Incan steps and through the arid, more woodsy, parts of the trail. There were some cool ruins, too!

But Day Two was a whole different story. It’s labeled as “challenging” on the trail map and for good reason. On Day Two we had to hike two mountain passes including one called Dead Woman’s Pass. This was the hardest day. At lunchtime, I legitimately didn’t think I could make it. We basically had to look at the second mountain pass leering at us while we ate. Speaking of food, let me take the time to show you some of the fabulous camping food and accommodations Valencia Travel provided us (and our porters carried for us the entire time, up to 60 pounds each!). Our tents were great. Our food tent was even better. We had fresh food for every meal, tea time before dinner, and lots of snacks provided throughout the trail. We were well fed. Which is great considering the fact that on average we supposedly burned 4,000-6,000 calories a day.

Day Two was also the day that we remembered that Neil is terrified of heights. Yes, I know. This is probably something we should have remembered before booking this trip. But Neil has never been the sort to let his fears limit him–and we truly didn’t know that 80% of the trail would be on cliffsides.

That being said, Day Two began a long and arduous battle between Neil’s brain and the 14,000+ feet beneath him. The downhill parts were always his favorite because he knew he was getting closer to the ground. 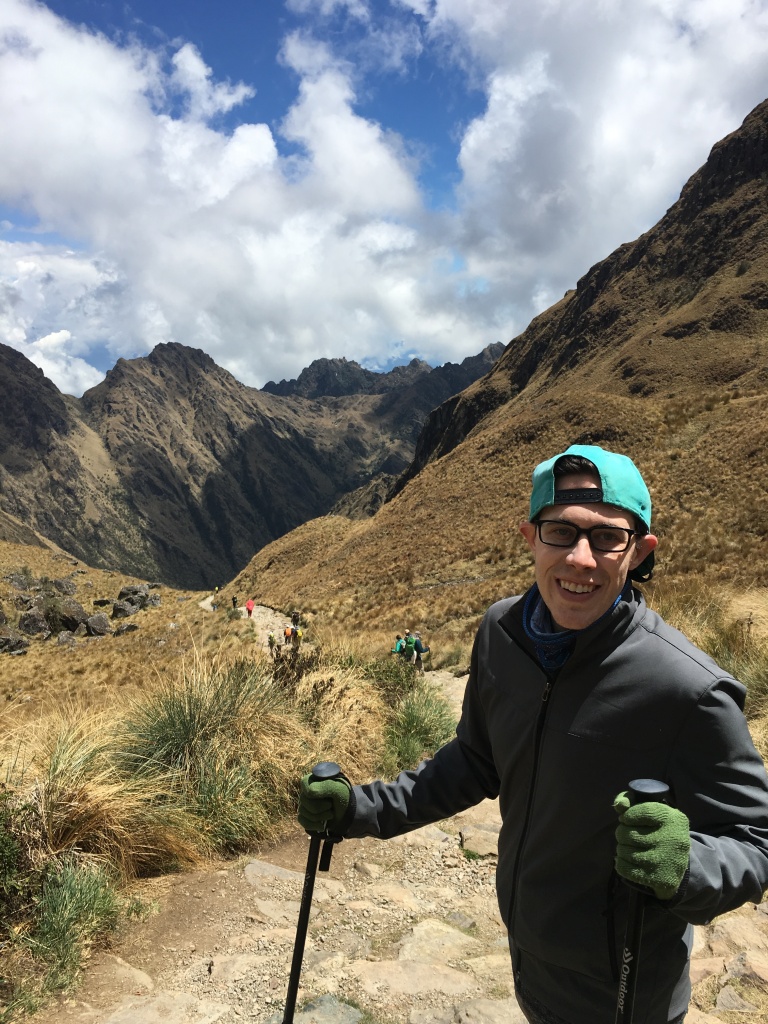 That night we slept perched on a hill inside the Cloud Forest. And it felt like it. There was thick fog everywhere! This is where I show you what the bathrooms were like. All squatty-potties. And you have to bring your own toilet paper. Unless you were on the trail, in which case the loo was the loving embrace of Mother Nature. Basically, we peed in a lot of thickets. Also, you can’t flush toilet paper in any parts of Peru. That’s right, the entire country prohibits it due to plumbing issues. So you either had to use a tiny trash can or bring a bag with you to store used products until you could find another trash can.

On Day Three we conquered what is colloquially called “Gringo Killer.” It is four straight hours of downhill steps. Uneven. Winding. Cliffside steps. Amazingly, Neil rocked this section, whipping down that mountain faster than any of us. We could barely catch up!

Day Three was my favorite. It was a short day (we finished at 2pm!) and before reaching our campsite, we ran into the best trail company you could imagine: LLAMAS. 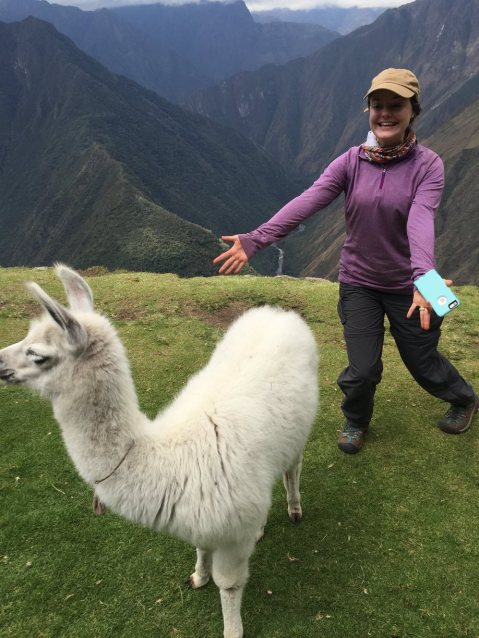 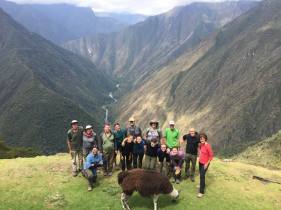 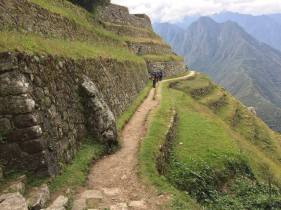 That night we all went to sleep early because we needed to wake up at 3AM in order to get in line at the Control before all the other trek teams. They were the people who would let us into the last part of the trail. Claudio, our head guide, was amazing and got us there with ample time. Our view during the trip to the Sun Gate was hampered by a dense fog, which was great for Neil since it limited his view of the harrowing cliffs we were edging past.

Finally, we arrived at Machu Picchu. And honestly, it was a disappointment. Don’t get us wrong, it’s beautiful and amazing. But after hiking for four days and camping and being around nature and only a handful of other human beings, walking into the huge tourist attraction that is Machu Picchu was kind of annoying. Plus, everyone there smelled good and had showered recently and had only taken a bus instead of laboring for 26.8 miles of doomsday trails. Yes, we were judging. And we deserved to. 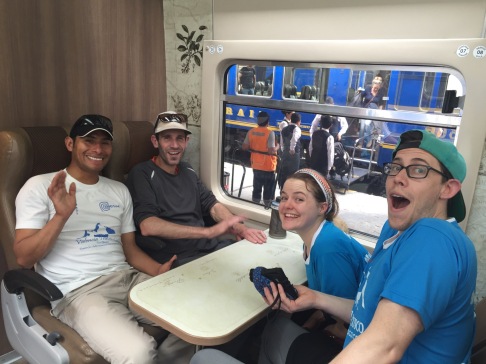 We ended up hanging out at MP for just a few hours, then, tired and ready to go home, we began our journey back to Cusco. We took a bus from MP to Aguas Calientes where we had one final meal with our trek team and guides. Then we took a train to Ollantaytambo where we took a Valencia Travel bus back to good old Cusco. That night, we ate dinner at the highest Irish pub in the world (elevation wise) with a few members of our team. Then we slept the good sleep of a tired hiker. The next day we shopped for souveniers and then hopped on a plane to head back home.

Overall, the trail was the hardest thing we have ever done – and that is no exaggeration. It pushed us to our limits. It tested our physical and emotional strength. But it was also an amazing experience. So much so that I cannot fully put it into words. It was beautiful, and amazing, and fabulous, and a trip of a lifetime. We will never do it again. But we are glad that we did.