You see, I love to read. A lot. Neil likes reading, too. It’s just that we don’t often make time to read together. So we decided to change that by creating a tradition dedicated to reading, but with a fun twist. So we hopped over to Half Price Books on Saturday night to find a book to read… but not for us. Neil was tasked with finding a book for me and I had to find a book for him. The rules? 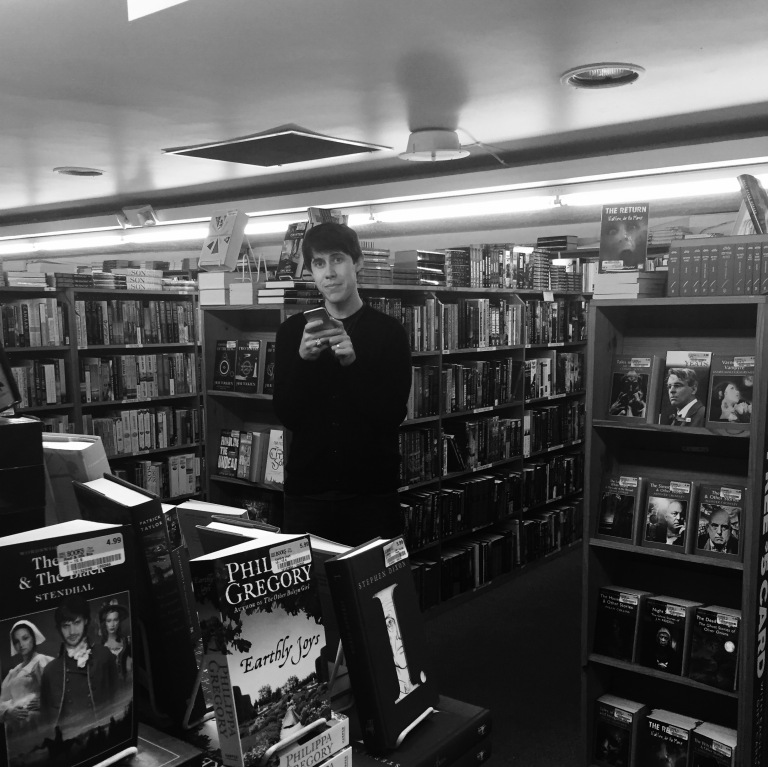 A half hour later, we walked over to a cafe and revealed our books to each other over a cannoli and some sodas (we live life on the edge, guys). Funny enough, our books were kind of similar. I chose “Alas, Babylon” for Neil. It’s one of my sister’s favorites, though I’ve actually never read it. Neil chose “A Canticle for Lebowitz” for me. Apparently, it’s a very classic sci-fi novel (that’s him researching it on his phone above). Both were published in 1959 and both are about post-apocalyptic America. Neither of us had heard of the one picked for us, which made the reveal exciting and a bit confusing. There were definitely a few “huh?”s  going around.

Last night, instead of binge watching Netflix, we curled up in our reading nook and read the first chapter in our respective novels. So far so good! Now we gotta finish them by New Years…

One thought on “A Robinson Booksgiving”